Each morning here begins the same. I wake to sunlight streaming through my bedroom window and to roosters crowing in a yard down the road. After a quick trip to the kitchen to brew a pot of instant coffee, I settle into the hammock outside and watch the dhow boats sail across the shimmering Maputo Bay as the tide rolls in and out. On a clear day, I can see the hazy skyline of Maputo on the horizon. It’s only an hour away by boat, but it feels like we’ve stepped into a different dimension. 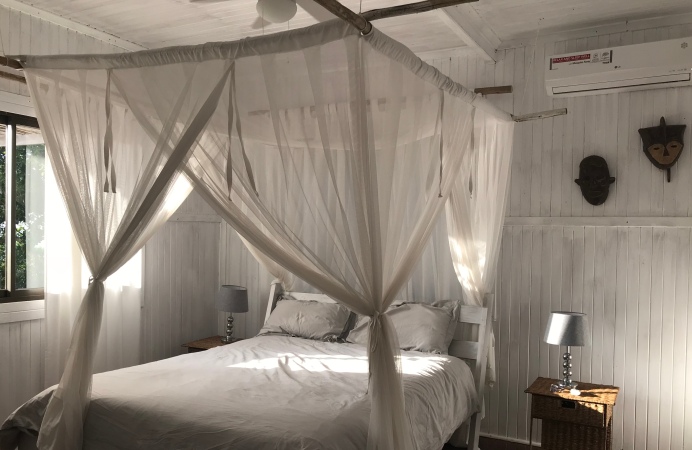 After the third day of no mosquitos, I decide that Machangulo peninsula, hidden away on the east coast of southern Africa, is paradise. The narrow spit of land curves like an arm around the Maputo Bay in the southernmost part of Mozambique, separating the roaring Indian Ocean from the calmer inlet waters.

On my second work trip to Mozambique, I decided not to make the mistake I had on my first: I stayed for a vacation. Through all of my travels, Mozambique still reigns as one of the most beautiful places I have visited. 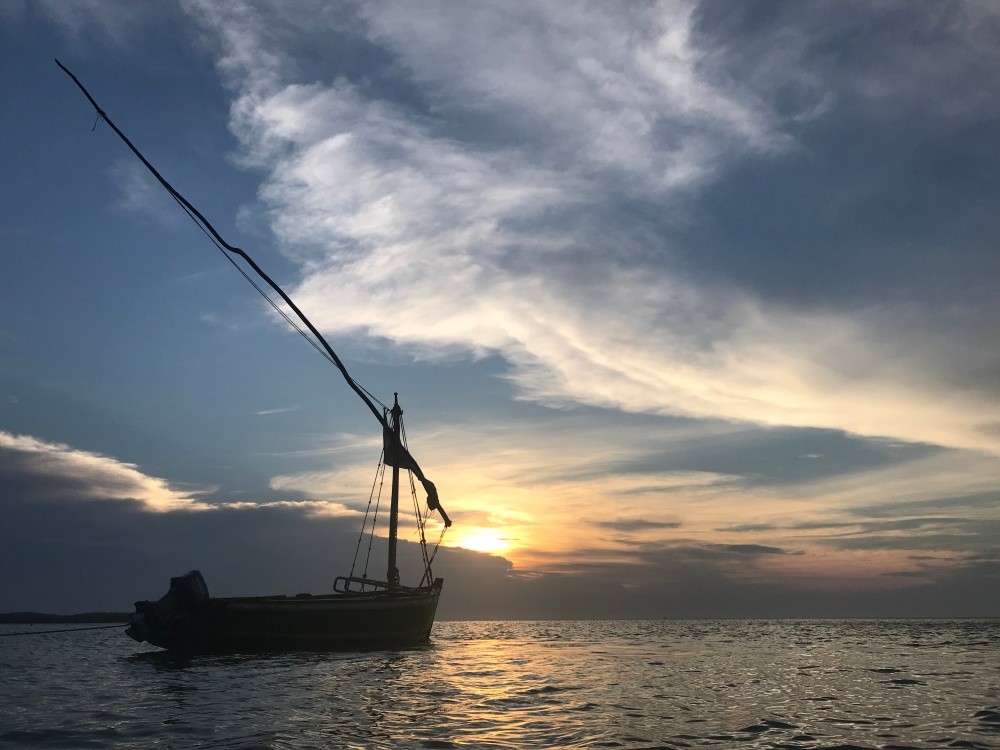 It didn’t take much to convince my two other colleagues. After spending an exhausting three days facilitating a workshop, we were all ready to disconnect for a little bit on a remote beach. They let me plan the whole trip, which was both satisfying and intimidating. Where would we go? Would we fly north to the white-sand beaches of Pemba? Or would we try to drive to the nearby Praia de Macaneta? At least one thing was certain – we were going to the beach.

I finally settled on Santa Maria, the area at the northern tip of the Machangulo peninsula, because of a simple white cabin that I found on Airbnb. I took one look through the pictures and booked it immediately.

At the end of the work week, we took a taxi to the local marina and met the boat captain that would take us across the bay to the cabin. The three of us and our three suitcases hopped in a small fishing boat bumped somewhat perilously through the rough waves. 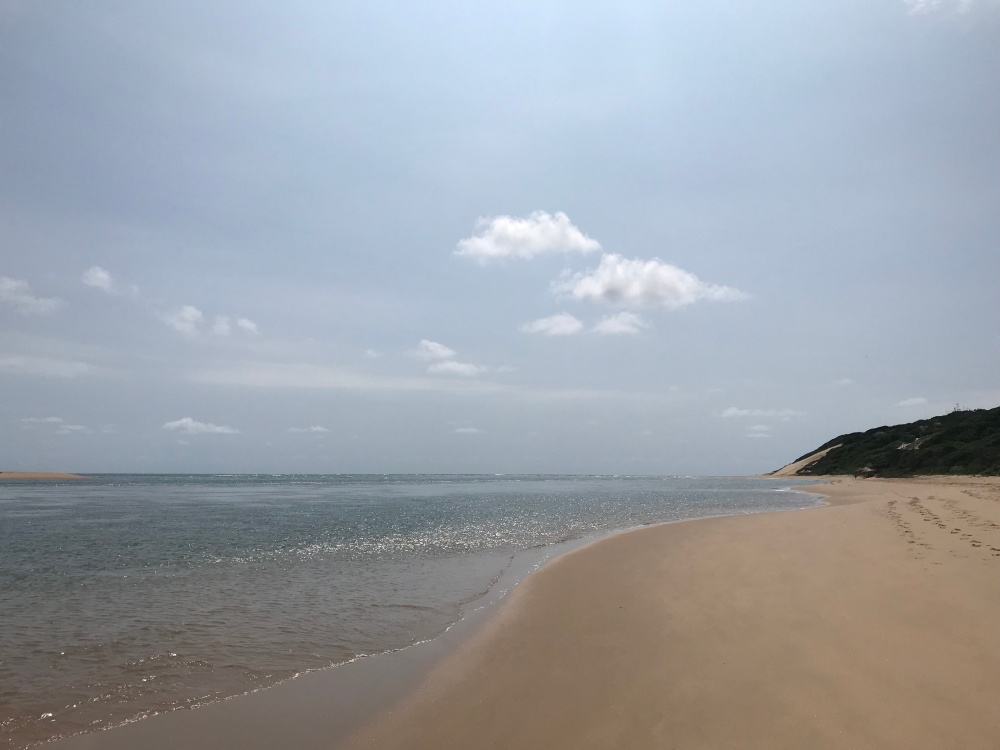 As we reached Santa Maria, the boat slowed to navigate through the maze of shoals and reef. We passed by flamingos on a sand bar and young men fishing in the shallow water near the beach. The driver eventually stopped the boat and two men hopped in the water to take our suitcases of the boat.

My friends and I exchanged looks. After stitching together some English and pseudo-Portuguese, we pieced together that these men had been contracted by the host to take our luggage and lead us to the cabin. We passed a few other vacation homes along the way, but it quickly became evident that this was not a very popular tourist area. 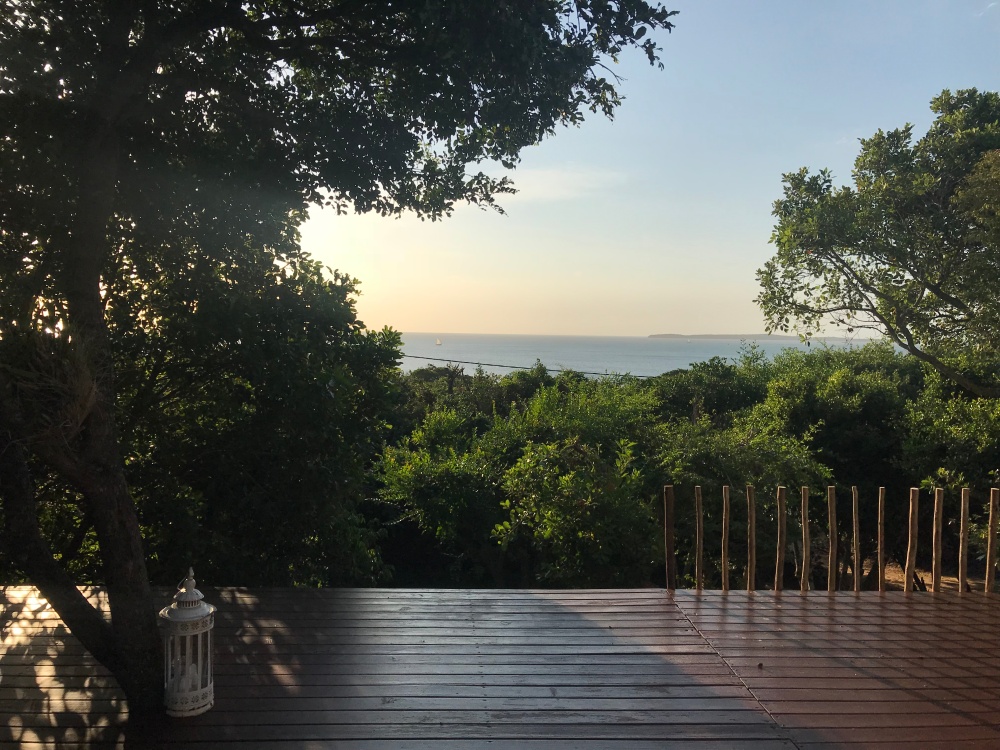 The cabin was perfect. Nestled on the side of a hill, it was surrounded by trees that had literally grown into the deck. The interior had a simple kitchen, a living room decorated with a few books, paintings, and a massive driftwood coffee table. There were two bedrooms, a bathroom, and an outdoor shower. This was a place for relaxation. 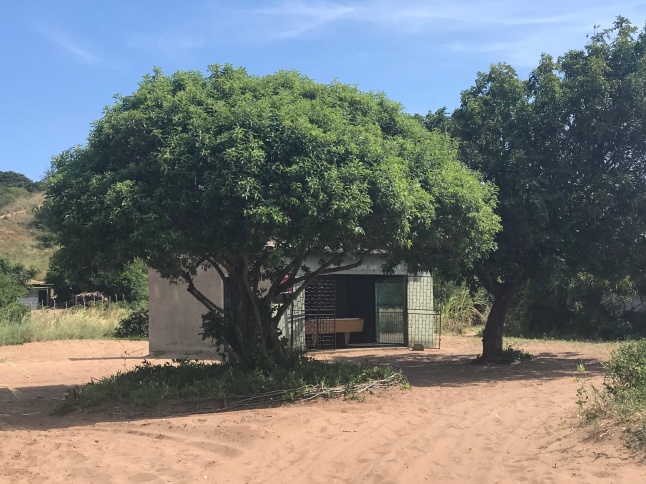 We thanked our luggage handlers and asked them where to buy food and water. They lead us down the sandy hill to the local store, a small concrete structure with a pool table inside. We picked up our supplies, headed back to the cabin, cracked open some 2Ms (the local Mozambican beer) and settled into our vacation. 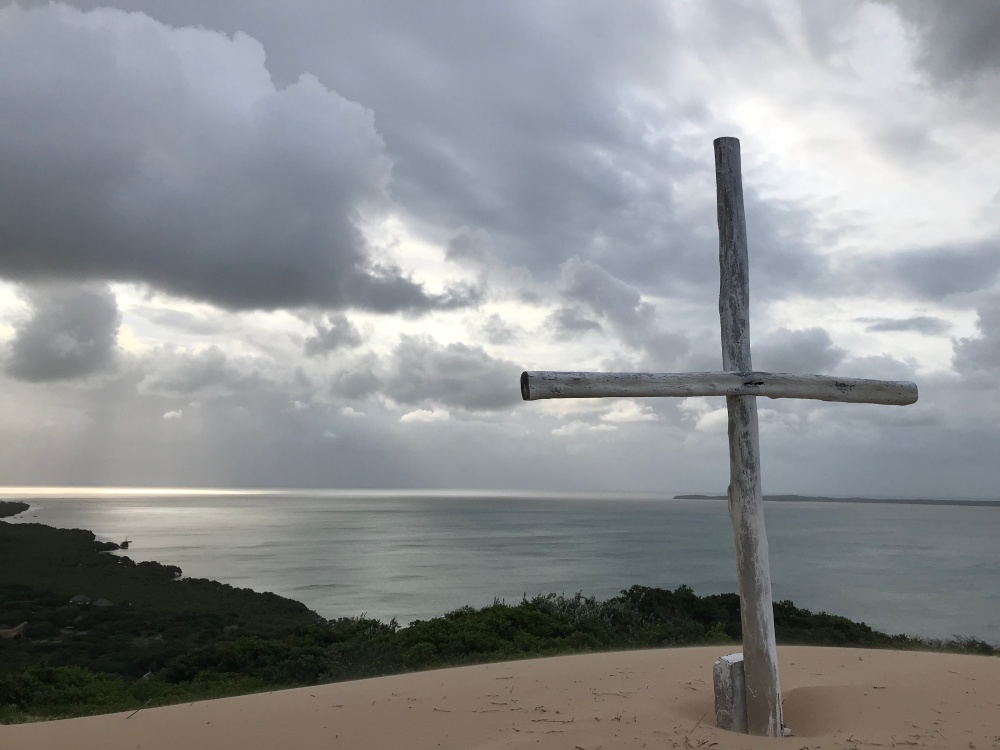 Our days soon began to feel like a choose-your-own-adventure novel: if we pass through Hell’s Gate (where the Indian Ocean and the Maputo Bay meet) then we’ll encounter the Bullet Sands. In order to find the White Cross, we’ll need to climb the mountain. From the mountain, we’ll see the Wild Shore, so desolate that it feels like we are shipwrecked. 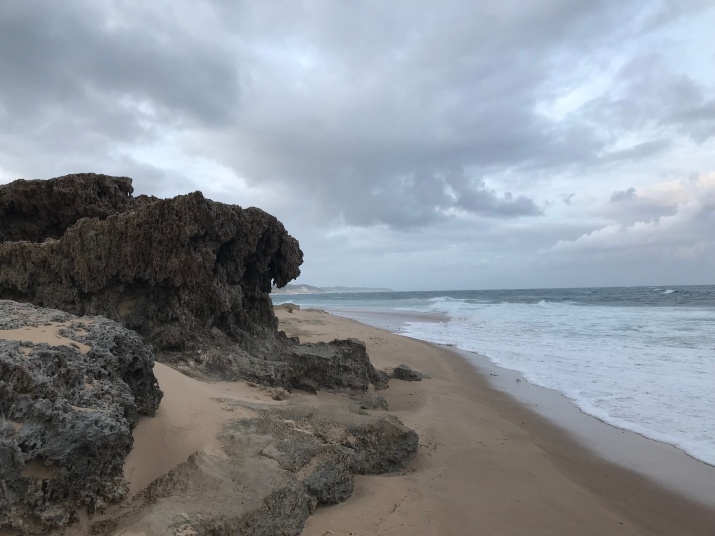 The rest of the trip passed by in a pleasant, relaxed blur. We sailed in a dhow boat across the small channel to the neighboring Inhaca Island and walked along a white-sand beach.

On our last night, we ate our final meal at the only restaurant in the area and walked along the beach back to the cabin. The dark sky shone with the light of billions of stars, so bright that they reflected off of the calm waters of the bay. I paused to look up at the unfamiliar constellations and saw a fleeting blaze streak across the horizon.

Yes, I told myself, this was paradise.

Please check out my talented friend Yohan’s vlog of our trip! 🙂